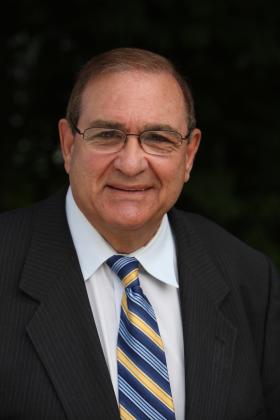 For the last 20 years, Huntington voters have consistently elected and re-elected Frank P. Petrone as Huntington Supervisor -- and with good reason.

Under Frank's stewardship, Huntington obtained and maintains the highest bond rating of any municipality on Long Island; is a leader in open space preservation, conservation and improving the environment; and provides unsurpassed services for its residents while maintaining low taxes. He has spearheaded innovative efforts to revitalize Huntington Station, provide affordable housing for seniors and those entering the workforce, make Huntington waters safer for boaters. Frank sponsored major capital projects and improvements to Huntington's infrastructure. Frank's efforts have enhanced what is widely recognized as Huntington's stellar quality of life.

Frank has been a leader in the development of the Route 110 Corridor as Long Island's commercial center and was instrumental in convincing companies such as Canon USA to relocate their headquarters to Melville.

Frank has forged partnerships to promote and help fund the arts in Huntington and was instrumental in bringing the Paramount Theater to the site of the former Inter-Media Arts Center.

As a former regional director for the Federal Emergency Management Agency, Frank has brought his emergency operations expertise to the Town, directing and implementing a major upgrade of the Town’s Emergency Operations Center to state-of-the-art standards and overseeing the Town's emergency response to Hurricanes Irene and Sandy.

Before becoming Supervisor, Frank worked for more than 18 years in public service. Past positions include Assistant Suffolk County Executive under three administrations, Director of Environmental Control for the Town of Huntington, Chief of Staff to the Suffolk County Legislature, and most notably as Regional Director of the Federal Emergency Management Agency (FEMA). As Region II Director of FEMA, Frank was instrumental in developing FEMA’s Hurricane Preparedness Program and guided federal policy on disaster mitigation plans. During Hurricane Gloria, he managed the response and recovery plan for FEMA on Long Island.

The Supervisor holds two Master’s Degrees, an M.A. in Higher Education Administration from the University of Denver, and a M.P.A. in Public Administration/Policy from Long Island University. In addition, he holds a B.S. from SUNY Albany, an A.A.S. from Staten Island Community College, and an honorary Doctorate of Humane Letters from Five Towns College.

The Supervisor has two grown children. He and his wife, Patricia, reside in Commack.