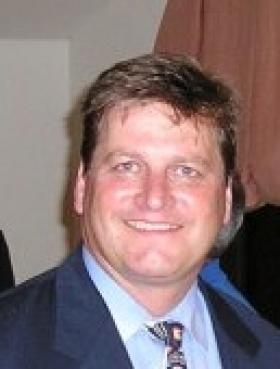 As Candidate for NYS Assembly 3rd District, Edward J. Hennessey has extensive experience in government issues, procedures and constituents. As a Town Councilman, Hennessey was Brookhaven’s leading proponent for a new direction in Town Government, from enhancing public access to our shorefronts and revitalizing our neighborhoods, to restoring integrity to the government process.

A graduate of William Floyd High School in 1979, Edward is married to his wife Joan, and has two children, JohnPatrick, age 18, and Edward Joseph, age 14. In 1984 Mr. Hennessey graduated from St. John’s University with a Bachelors degree in Government and Politics, earned his Law Degree from Touro College in 1988, and then began his legal career as a prosecutor in the Suffolk County District Attorney’s office. Early in his private law practice, Edward Hennessey represented labor unions and the rights of working people. He now concentrates on Criminal Law, Personal Injury and real estate.

Prior to his first election in 1994, Edward Hennessey served as legal counsel to several community groups who successfully opposed development projects that were wrong for Brookhaven. A leading advocate for an enhanced and improved parks system, Hennessey was instrumental in budgeting several million dollars to add, upgrade and improve our parks and recreation inventory.

From 1994 through 2005, Edward served as Brookhaven Town Councilman. During his time on the Board, Hennessey launched community visioning and inter-governmental responses. He influenced regional planning priorities. Edward was elected to this public office in four successive town elections.

Hennessey helped the process of upgrading Brookhaven’s infrastructure with several Federal Highways projects and land use initiatives. A Grant Office was established after years of intense advocacy and missed opportunities. Operation Firestorm, a quality of life program strongly supported by Hennessey, was implemented.

In 2009, Mr. Hennessey was appointed as counsel to NYS Senate Democratic Leader John L. Sampson as a policy advisor and later as an external relations specialist. Today, Hennessey is on leave from the Senate during this election cycle and otherwise concentrating on his law practice and business interests.