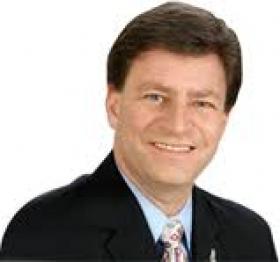 Dave was born and raised in East Meadow. He has a degree in chemical engineering from Cooper Union, and a law degree from Brooklyn Law School. He specializes in intellectual property and environmental law. He and his wife, Cara, have three college-aged children – Amanda, Danielle and Aron.

Dave Denenberg is known as the most independent and hardest working legislator. During and after Super Storm Sandy, Dave was all over his district, starting in the LIPA substation, demanding attention and assistance for the hard-hit south shore. To prevent gas shortages in the event of future power outages, Dave proposed legislation requiring each gas station to have an alternative power supply.

Dave is a proponent of public works projects and tax exemptions to improve quality of life and provide much-needed assistance for residents. He secured funding for downtown revitalization projects, economic development zones, playgrounds, ball fields and courts and improvements to Nassau County park facilities. Dave sponsored bills to provide partial tax exemptions for Cold War veterans, alternative energy, volunteer firefighters and EMT workers and first-time homebuyers. Most of all, Dave is a champion of smart growth and creating job opportunities. His policies will reduce our taxes by expanding business and residential opportunities and expand our revenue base while keeping young people here.

Dave Denenberg is a strong leader with the integrity to make difficult decisions. He is an independent leader who works for the people and not the party. Looking to the future, Dave wants to create and implement solutions to Long Island’s problems. He envisions an accessible, responsive and effective government with honest, open leadership to secure Long Island’s long-term viability, sustainability and affordability.