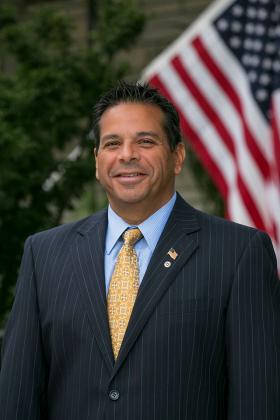 "... We are the Reform Team, and thats for a reason... we 're looking to bring back integrity, transparency, but also accountability to government and to people" - Chris Pulitano

Christopher Pulitano is a lifelong Islip resident that is well connected to his community. Born and raised in West Islip, Chris graduated from West Islip High School and then later attended school at SUNY Farmingdale, Hofstra University, College of New Rochelle and Brooklyn College. Pulitano lived in Baywood for ten years and now resides in Holbrook with his family. He is happily married to his wife Laura, who both share two beautiful daughters Brianna and Leah, being “Former Little Miss Holbrook”.

Spending his whole life in the Town of Islip, as well as making sure his children receive the best upbringing, Chris has been a key player in the town’s community. He has been employed as a Drug Free School Counselor, School Guidance Counselor, District Director of Counseling and Past President of the Suffolk Directors’ Association for several districts on Long Island. Chris is also a member of the New York Mental Health Counseling Association, New York Council on Divorce Mediation, American Association of Marriage and Family Therapy, New York Divorce Financial Planners Association and Long Island Connects.

In addition to being a Past President of the Suffolk Directors’ Association, Chris demonstrates his leadership skills with other positions that he holds in the Islip community. He is on the Board of Directors for both the Hope for Youth programs and the Holbrook Chamber of Commerce. Chris is also an active member in the Hauppauge Rotary Club and a SYAG Softball Coach.