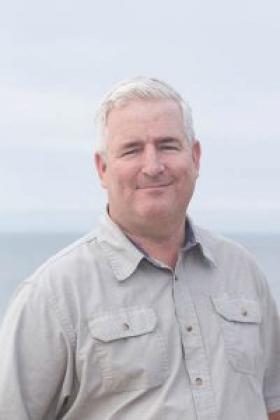 Brian is a student of Trustee history, so he knows what a battle it has been to maintain the health and quality of East Hampton waters and its shellfish industry. Brian is completing his second term as an East Hampton Trustee having been elected in 2013 on the Democratic and Independence Party lines. Brian and his wife Kathy have lived in East Hampton for many years and have four sons, three of whom were raised in East Hampton. He is a foreman and Superintendent for 3 senior citizens housing projects in Town and is deeply committed to the community. He makes it a point to get involved as much as possible, whether as a member of the East Hampton Disability Advisory Board or as a volunteer for the East Hampton Food Pantry. One of his greatest passions is his love for the water and the everchanging coastline, which has brought him to be active and dedicated in the Trustee work to protect these resources. He is a proud member of the Amagansett Fire Department. His local knowledge and commitment to Trustee affairs will serve him well as he seeks a third term on the Trustees.

Brian is endorsed by the Democratic and Working Families Parties.