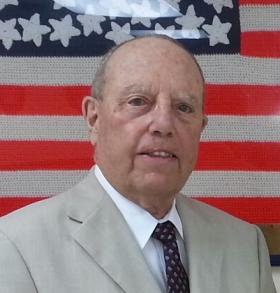 A Profile of Candidate Bill Bianchi
Bill Bianchi, was born in East Patchogue and attended schools in Patchogue. He a graduate of the NY Military Academy in Cornwall, NY and he graduated from Union College in Schnectady, NY with a BA in Liberal Arts. For many years he was associated with his family's large greenhouse business in East Patchogue. In 1988 he and Mark A. Davis started Bianchi-Davis Greenhouses, specializing in wholesale orchids, and in 2005 they moved their business from Patchogue to Riverhead. He then moved his residence from Bellport to Riverhead.
Mr. Bianchi was the original plaintiff in the lawsuit Bianchi vs. Suffolk Board of Supervisors, which eliminated the 200-year-old County Board of Supervisors and established a new Suffolk County Legislature based on the concept of one person, one vote. In 1969 he was the Democratic candidate from the Third Legislative District in the first election to fill the new County Legislature. In 1971 he was the Democratic candidate for Suffolk County Executive, and in 1972 was first elected to represent the Third Assembly District (Bellport, Patchogue, Medford, and Holbrook) in the New York State Assembly, in which he served from 1972 to 1994.
Assemblyman Bianchi's long record of public service and achievement includes:
➢ Chairman of the Agriculture Committee
➢ Co-Chairman of the Administrative Regulations Review Commission
➢ Chairman of the Subcommittee on Volunteer Firemen
➢ Vice Chairman of the Majority Conference
➢ Passage of the first bill to protect a Long Island river, the Carmans River in Brookhaven
➢ Passage of bills to give special protection to the other three Suffolk Rivers: the
Connetquot (Islip), Nissoquogue (Smithtown), and Peconic (Brookhaven and Riverhead)
Mr. Bianchi is also a former member and past President of the Board of Education in the South Country Central School District (Bellport, Brookhaven and East Patchogue). He has been married for 59 years and has 4 children, 7 grandchildren, and 2 great-grandchildren. [1] He is a direct descendant of Daniel Wells, who was the first Supervisor of the Town of Riverhead (1792 —3), who died while serving in office.