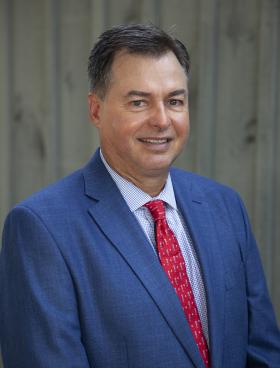 In addition to serving the residents of Suffolk County in the Legislature since he was first elected in 2013, Al and his wife Mary run Krupski’s Pumpkin Farm, welcoming the sixth generation of family farmers with the birth of three grandchildren over the last few years.
Prior to his tenure with the county, Al served on Southold Town Trustees and the Southold Town Board. In his 36 years of public service, Al has established a strong record of environmental protection, and he continues to work across party lines to preserve the East End for future generations. Born and raised on the North Fork, Al received a BS in Plant Science from the University of Delaware, and after graduation, came home and worked on the family farm, eventually, taking it over.
Al has a long history of public service, first being elected to the Southold Town Board of Trustees in 1985. He served for 20 years, the last 14 of which as Trustee President. During his tenure as president, he saw that the overdevelopment of Southold’s shoreline had adverse effects on the environment and quality of life, so he successfully spearheaded the effort to rewrite the town’s 30-year-old Wetlands Code, affording the Town better environmental and legal protection.
After two decades of service as a Trustee, Al successfully ran for Town Board, when he worked on and supported a town wide drainage code, which reduced road runoff into creeks and estuaries while meeting New York State mandated requirements. He was instrumental in enacting “Big Box Store” legislation which limited size of stores in Southold and protected small business owners. Al was closely involved in developing Southold’s first Wind Energy Code and the Town’s Cellular Tower Law.
In addition, Al played a significant role in initiating the Southold’s Comprehensive Plan and he was the most ardent proponent of rezoning Plum Island so it would not be developed with residential housing, golf course or casinos, but would be preserved with over 600 acres of open space and habitat while retaining the ability for research to be conducted on the island. Al has a strong record of bipartisan leadership. As a Southold Town Board member, he was asked by his colleagues from both parties to serve as Deputy Supervisor.
During his tenure in the Suffolk County Legislature, Al has sponsored legislation which led to the preservation of hundreds of acres of farmland and open space. Since the inception of Suffolk County’s Septic Improvement Program, a less expensive alternative to sewer systems, Al has advocated for their use and from the onset, has been actively involved in the long process of implementing the use of alternative, nitrogen-removing septic systems. Over the years, Al served on the Operating Budget Working Group, and the Capital Budget Working Group (chair), where is strives to keep property taxes stable while continuing to provide essential services to the residents of Suffolk County.
Chair of the Public Works, Transportation and Energy Committee
Vice Chair of the Environment, Parks and Agriculture Committee
Member of the Veterans and Consumer Protection Committee
Board Member on the S.C. Soil and Water Conservation District
Member of the Sewer Agency
Member of the Agricultural Protection Committee
Member of the Marine Industrial Revitalization Council
Member of the Council of Environmental Quality
Sponsor & Chair of the S.C. Coastal Erosion and Sea Level Rise Task Force

Al is running for his fifth full term in the Suffolk County Legislature.