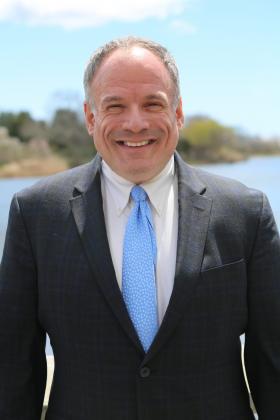 He has a solo law practice located at 120 Court Street, Riverhead, and has been a practicing attorney throughout his career, specializing in real estate, civil litigation, zoning and land use, estate practice, business law, and estate planning. For two years, in 1998 and 1999, he served as Riverhead Town Attorney, where he worked closely with the Riverhead Town Board, and additionally served as Special Prosecutor of Town Code violations, while also gaining critical knowledge and experience in the operations of Town government.

In 2002 Mr. Grossman was appointed to the Southampton Town Zoning Board of Appeals, where he has since served as a ZBA member for 18 years. In 2010, he was appointed as Vice Chairperson of the ZBA, and in 2017 he was appointed as and remains as Chairperson of the ZBA. The ZBA hears area and use variance applications, appeals of the determinations of the Chief Building Inspector, as well as determinations as to the single and separate status of vacant property. As a ZBA member, he has been one of seven members acting in a quasi-judicial capacity in conducting public hearings, and preparing decisions related to the applications heard at the ZBA.

Mr. Grossman is running this year for Southampton Town Justice on the Democratic line and the Clean Water Party line, and is seeking to be elected based on his record of service in government, as well as his experience as an attorney in private practice, which includes representation related to zoning matters, traffic tickets, town code matters, landlord/tenant disputes, and civil disputes. He has been found qualified in 2021 as a candidate for Southampton Town Justice by the Judicial Screening Committee of the Suffolk County Bar Association.