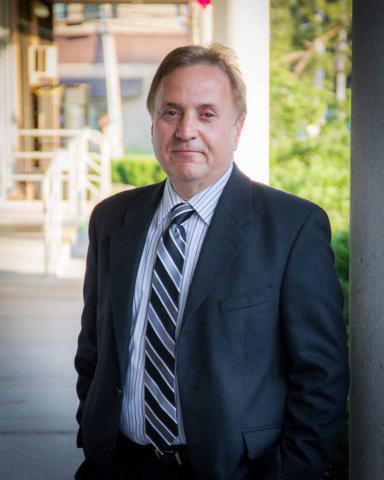 Tom Schiliro has had a distinguished career in many diverse areas. In his early career, Tom became a High School Social Studies teacher and worked in the public school system. During this same period, Tom worked as an Assistant to Assemblyman Angelo Orazio and also with the New York State Senate minority. Additionally, Tom attained the rank of Assistant Professor and instructed courses at the college level in Criminal Justice at both SUNY Farmingdale and Suffolk County Community College. In his later career, he developed, produced, and hosted the TV program, "Eye on Crime" that aired syndicated on many Cable stations for 13 years from 1987 to 2000.

In 1995, Tom entered the Suffolk County Police Academy where he was appointed as a Park Police Officer eventually being promoted to Sergeant in 2005. Currently, as a Sergeant supervising 8 Police Officers in routine patrol duties at night, Tom also remains an Adjunct Instructor of Criminal Justice and continues to teach at Suffolk Community College during the day.

Tom Schiliro owned and operated Saddle Rock Stables Inc., a horse farm in the heart of Brookhaven Town. In order to preserve the land for future generations, under the Farmland Preservation Program in 2002, he sold the development rights to Suffolk County ensuring the land would remain undeveloped forever. He considers this to be a successful preservation endeavor that he is proud of. The property in Middle Island currently remains a horse farm.

Tom has also written Op Ed articles for the New York Times relating to government, the environment, and politics. He has received numerous awards for Police service including two "Top Cop" awards for DWI enforcement. His law enforcement experience also includes the US Department of the Interior, working as a Law Enforcement Officer for the Fire Island National Seashore.

Tom is a member of the Suffolk County PBA, New York State United Teachers, and the Long Island Farm Bureau. He holds an Associates of Art, a Bachelor’s of Art in Political Science, and Master’s Degree in Education, as well as being a graduate of the Suffolk County Police Academy where he received the Municipal Police Training Certificate and the NYS Division of Criminal Justice Certification as a Police Supervisor. He is a 26 year resident of Suffolk County Town of Brookhaven, and currently resides on his horse farm in Manorville.